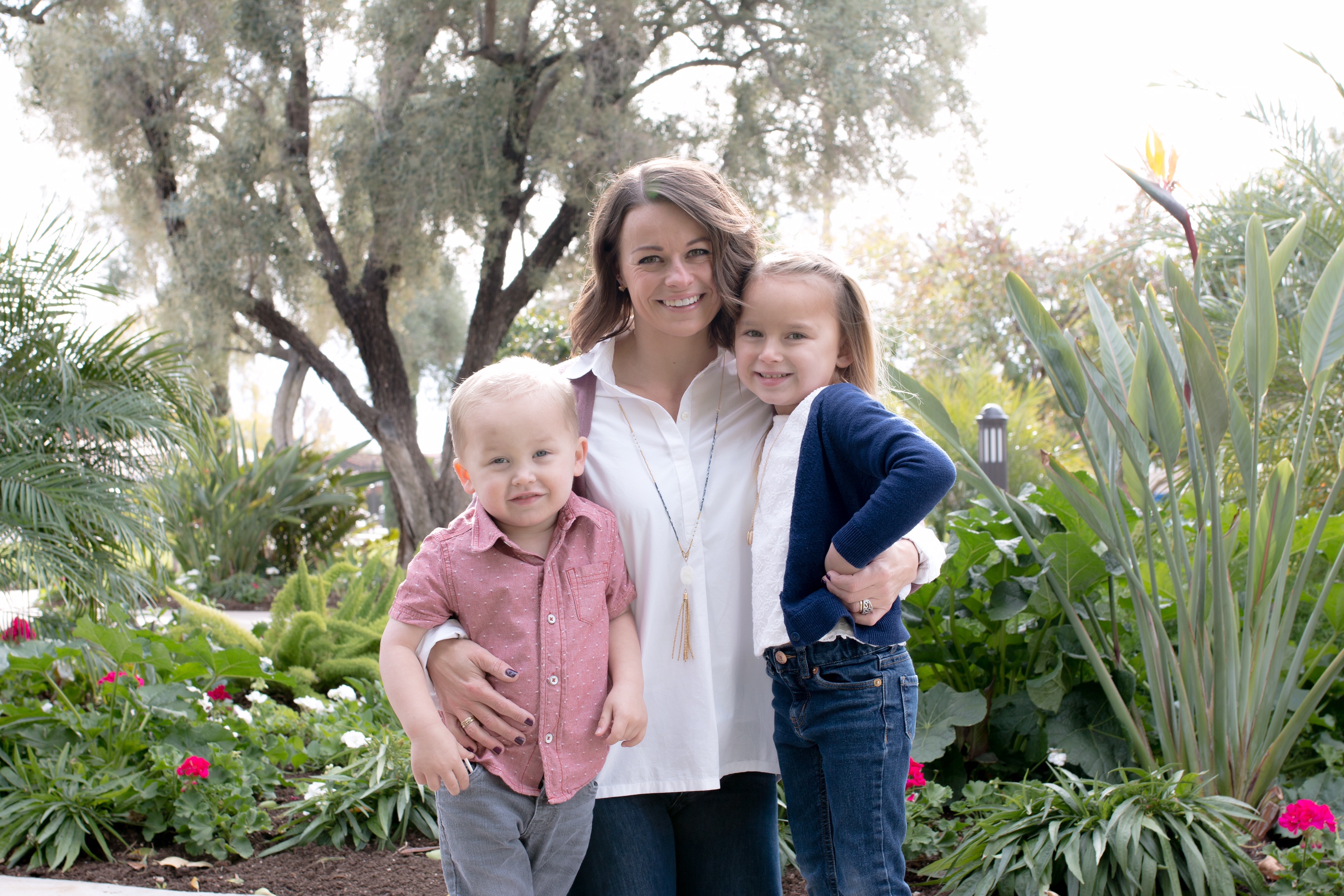 When I decided to start blogging about motherhood, I knew I had to share Melissa Kleiner’s journey to motherhood.  Motherhood didn’t come easily to Melissa, and she doesn’t take being a mother for granted. No matter your own path to motherhood, you will find nuggets from Melissa’s story that will inspire and encourage you. Overall, Melissa’s experiences provide evidence that we have a loving Heavenly Father who will be there for us, no matter what trials we face.

When Melissa and her husband, Aaron, got married, they knew they didn’t want to wait long to start a family. But month after month went by and Melissa felt the discouragement, especially on Mother’s Day, of not being able to get pregnant.

The Mother’s Days were my first struggle. I just started to get really bitter. I was letting my heart get cold. I was just taking it in the wrong direction. I was letting the trial really get to me. I didn’t want to be around mothers with kids, especially mothers with young kids who were complaining all the time, and I just kind of resented them.  I would think, ‘Wow, how can they complain? That’s crazy. That’s what I would love to have.’

Even though the discouragement was all around her, Melissa didn’t sit around feeling sorry for herself. Instead, she turned outward. She reached out to elderly people living in her neighborhood and tried to find people in her community who needed more help than she did. She shares, “Turning my focus elsewhere got me a lot further in my process of trials than it would have if I had put the blinders on and just focused on the problems we were going through.”

From Infertility to Adoption

After 5 years, Melissa and her husband hadn’t tried everything they could as far as fertility treatments go but somehow they knew it was time to stop and go in a different direction.

How did Melissa and her husband know it was time to do something different? She said, “First and foremost, we prayed about it, and we both felt a comforting peace that this would be a great way to go, so we started that way.”

Doing adoption paperwork, getting a home study completed and all the other details that come along with adoption was a full-time job for Melissa since her husband was in dental school and didn’t have a lot of extra time. After a year, they finally finished and got their profile up with the adoption agency.

Three months later an email popped up in Melissa’s inbox that would change her life forever. The email simply said, “Hello. My name’s Bailey. I’m pregnant.”

The email communication between Melissa and Bailey continued for several days and evolved into phone calls where they connected and got to know each other.

There was no specific talk of Bailey placing her baby with Melissa and her husband, but after several weeks of communication, Bailey invited the Kleiners to visit her in Utah.

They walked into Bailey’s home and were totally surprised to see the whole house decorated like a pink baby shower! Melissa remembers, “There was pink everywhere, and she wanted to tell us that she had picked us to adopt her baby girl!”

Two months later, after a speedy drive from Arizona, Melissa and Aaron arrived in Utah just 8 hours after their daughter was born.

We walked into the hospital room and the minute I saw Marlee I knew she was my daughter and that’s who we had been looking for. Our birth mother is my hero and she will always be my hero because she sacrificed so much so her children could have more and so our family could be complete.

The Kleiners have enjoyed an “open adoption” between themselves and their daughter’s birth mother. Melissa explains that an open adoption means they have communication and a relationship with Bailey. They keep her updated and text pictures.

Melissa feels this was the best route for them to take because it solves a lot of “problems” that come with adoption. Melissa knows if Marlee ever wonders if she was wanted she can pick up the phone and talk to her birth mother and hear directly from her how much she was loved and wanted.

Melissa also believes that open adoption gives the birth mother a chance to heal after giving up such a huge part of themselves. “I don’t like to say ‘giving up’ a child because they aren’t giving up a child, but they are giving up a relationship. This way she can heal and I owe her that because she has given me my family.”

When Marlee was two and a half, Bailey called Melissa to tell her she was pregnant again. The birth dad was the same as Marlee’s. Bailey also told Melissa she was keeping the baby.

After the conversation, Melissa was worried but thought, “Well, it’s her baby and now I will just be telling Marlee that she has a blood sibling out there but you belong to our family.”

But Bailey changed her mind and six months into the pregnancy she told the Kleiners she wanted to place the baby boy with them.

This time, Melissa and Aaron were in Utah for the birth.

Giving birth herself was an experience Melissa was never going to have but Bailey helped her come as close as possible by allowing her to be in the operating room for the c-section prepped with a gown and hat and her own hospital bracelet, much like a birth dad would be.

Melissa was filled with joy getting to see her baby boy being born.

But the happiness ended 48 hours later when Melissa and Aaron walked into the hospital room to find Bailey packed up and ready to go home. She told them she couldn’t do it again. She was going to keep the baby.

In that devastating situation, Melissa felt prompted to have a “mommy-to-mommy” talk with Bailey. “I talked to her about how much Heavenly Father loved her. I could imagine how much he loved her because I knew how much I loved her, and I knew he loved her way more. I told her that I would respect whatever decision she made, but I would hope that she would remember why she made the choice to place him with us in the first place.”

Melissa and Aaron went back to their hotel room. Bailey went home with the baby.

After one day Bailey changed her mind and decided the best place for the baby to be was with the Kleiners. She knew he was meant to be with them. “We brought Jake home, and we had our complete family.”

Partnering with God through Trials

Melissa shares that she always felt God partnering with her through the struggles of infertility and the ups and downs of their adoption process.

Obviously, I had plans. I’m a planner. I plan out things. So my plan was to get married and have children. We wanted three children, and we were going to spread them out perfectly two years and it was going to be perfect and great, you know. That was not His plan. I always tell everyone that His plan was a thousand times better than my plan. He knew that. I just couldn’t see it.

The pinnacle day of Melissa and Aaron’s life together came 8 months after Jake’s birth when his adoption was finalized. As members of The Church of Jesus Christ of Latter-day Saints, they believe in forever families and being sealed for eternity in the temple.

Melissa summed up her thoughts about that day by saying, “I will never forget when my two kids walked in the room in the temple, and they were in white, and we were all sealed together so we can be a forever family. Things were just zipped up and sealed up with Christ’s love. I just felt like Christ and our Heavenly Father was saying,’You’re family is complete. You’re ready to go.’”

Whenever Melissa faces a trial now, she looks back on what she calls her “infertility trial.”

He gave me those years of sadness and trial and waiting and wanting so that I could come out of it on the other side and have a totally different view. I think that everyone has trials. Trials are totally made for the person. Heavenly Father knew that I had to go through that in order to understand His atonement in the depth that I learned it or in order to go and help other people the way that they need. Because, you know, His plan is so intricate and so perfect.